You are here: Home / Archives for bonded pair

The trip from intake to adoption for a kitty can have a lot of twists and turns, like all good love stories. But here’s the story of a typical adoption experience with two cats that are anything but!

Last September, we were contacted by a kind-hearted person who had been feeding and caring for two friendly stray cats behind a restaurant where she worked. She was concerned that they were not receiving all the care they needed, and there was “something funny” about their eyes. The kittens were bonded pair and needed each other.

We trapped the cats and brought them into our care. The “something funny” turned out to be one case of extreme cross-eyes (Porkchop), and another case of badly scarred corneas (Lambchop). Their vision may not be perfect, but they took care of each other, and it didn’t stop them from playing, purring, and becoming pretty darn adorable and adoptable.

Porkie and Lambie went into a great foster home while we determined their medical needs and published their story, hoping for just the right adopter to come along, who would take them both and love their special faces.

Enter Pelin!  She saw our posts and opened her heart. We introduced the kittens to her on a Zoom call, which is our new covid-safe (and better than before) process for introducing cats to potential adopters. It is a great way to see cats behaving normally in their natural environments, not stressed or scared as they often are in a cage at an unfamiliar adoption event. It’s also a chance to ask questions to the people who know the kitties best – the fosters. Pelin was quickly overcome by the abundant cuteness of these two goofy kittens, and we approved her application to adopt.

Once approved, we made delivery plans. We provided complete information about Porkchop and Lambchop’s dietary and medical needs, and they were delivered to Pelin using covid-safe protocols. Pelin welcomed Porkchop and Lambchop into her home and her heart, and now they are pretty much the bosses of the house! We, and they, couldn’t be happier!

Keep up with Thundering Paws by subscribing to our newsletter!

Last year, we took in a brother and a sister, six-week-old kittens found in a barbecue pit. Since they were found in an oven—sort of—we named them Hansel and Gretel. They seemed very connected and we adopted them together as a couple. They didn’t stay bonded: Gretel glued herself to the man and when the humans broke up, he took her.

However, they had already adopted another kitty, whom they named Willow. Willow and Hansel became best friends, grooming, cuddling, and purring. At the time of the breakup, the woman had no job and moved in with relatives. She couldn’t take her cats.

Hansel was ours. We have a policy that any cat we adopt out can be returned to us at any time during their life. Of course, we would take Hansel back. But what was to become of Willow? If Hansel and Willow weren’t BFFs, we might not have taken her. But they were, and we did. They’re now adopted and will live happily ever after together.

Feline leukemia negative (FeLV-) Rooster and feline leukemia positive (FeLV+) Moses are not brothers, yet they arrived together. We didn’t know their FeLV status when they arrived. We did know that Rooster could see very little with his one recessed eye and the other cloudy eye. 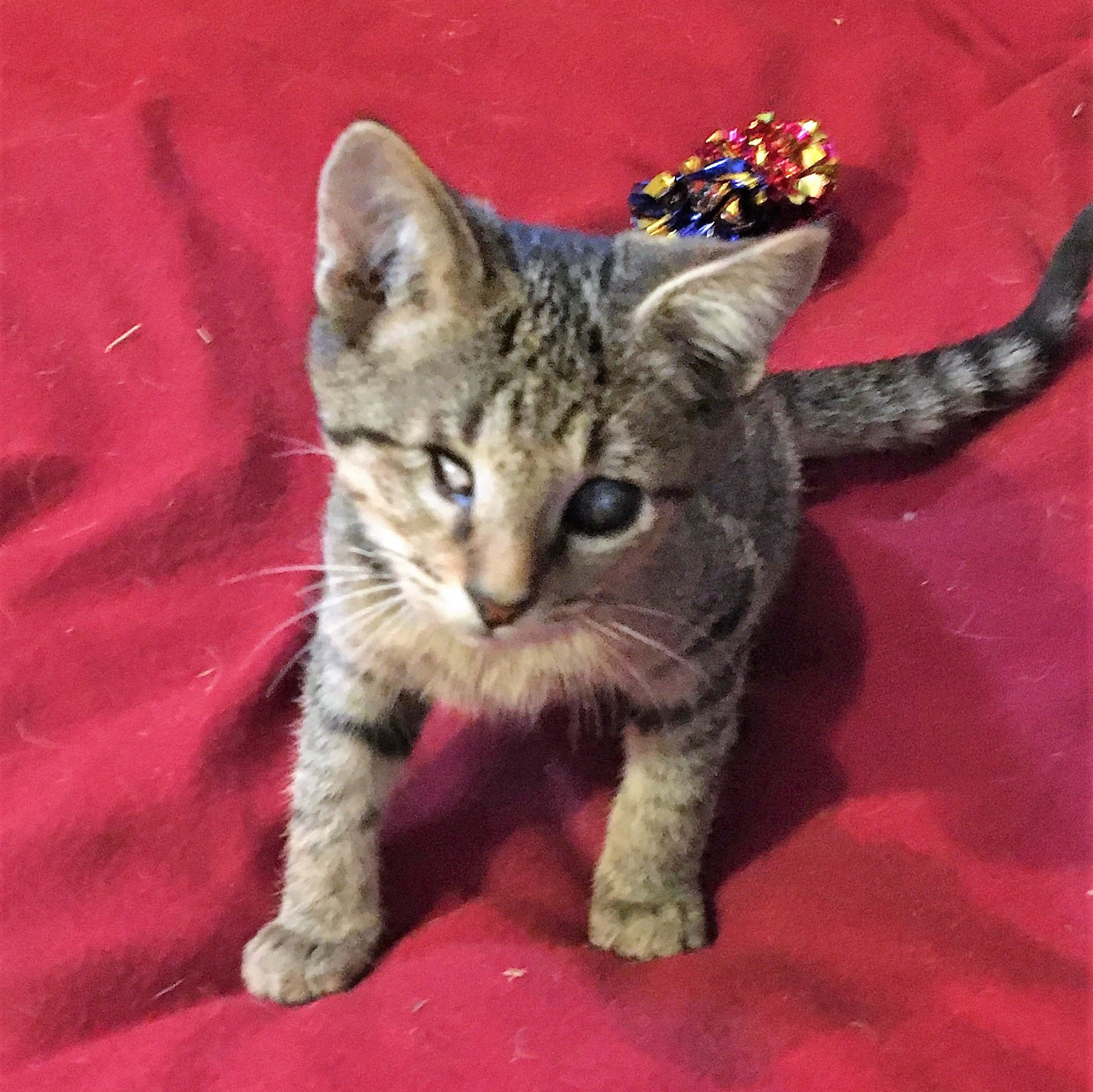 we would take Moses out of the cage, Rooster would cry pitifully until his best buddy was returned to him. Once they were tested, we had a dilemma. We solved it by vaccinating Rooster against FeLV. He had been vaccinated against FeLV, and received a booster, before he came to us, but we were afraid he was too young at that time for the vaccines to be effective. So we re-did the FeLV vaccine series.

Their fosters took extra precautions to ensure the kittens remained healthy. They were adopted together and of course, all of this was explained to the adopters.

How do we know kitties are bonded? It was easy with Rooster and Moses. Rooster was frantic without Moses and calmed down as soon as Moses was returned to him. Hansel and Willow aren’t velcro kitties, but you can see the happiness on both faces when they’re cuddled together. 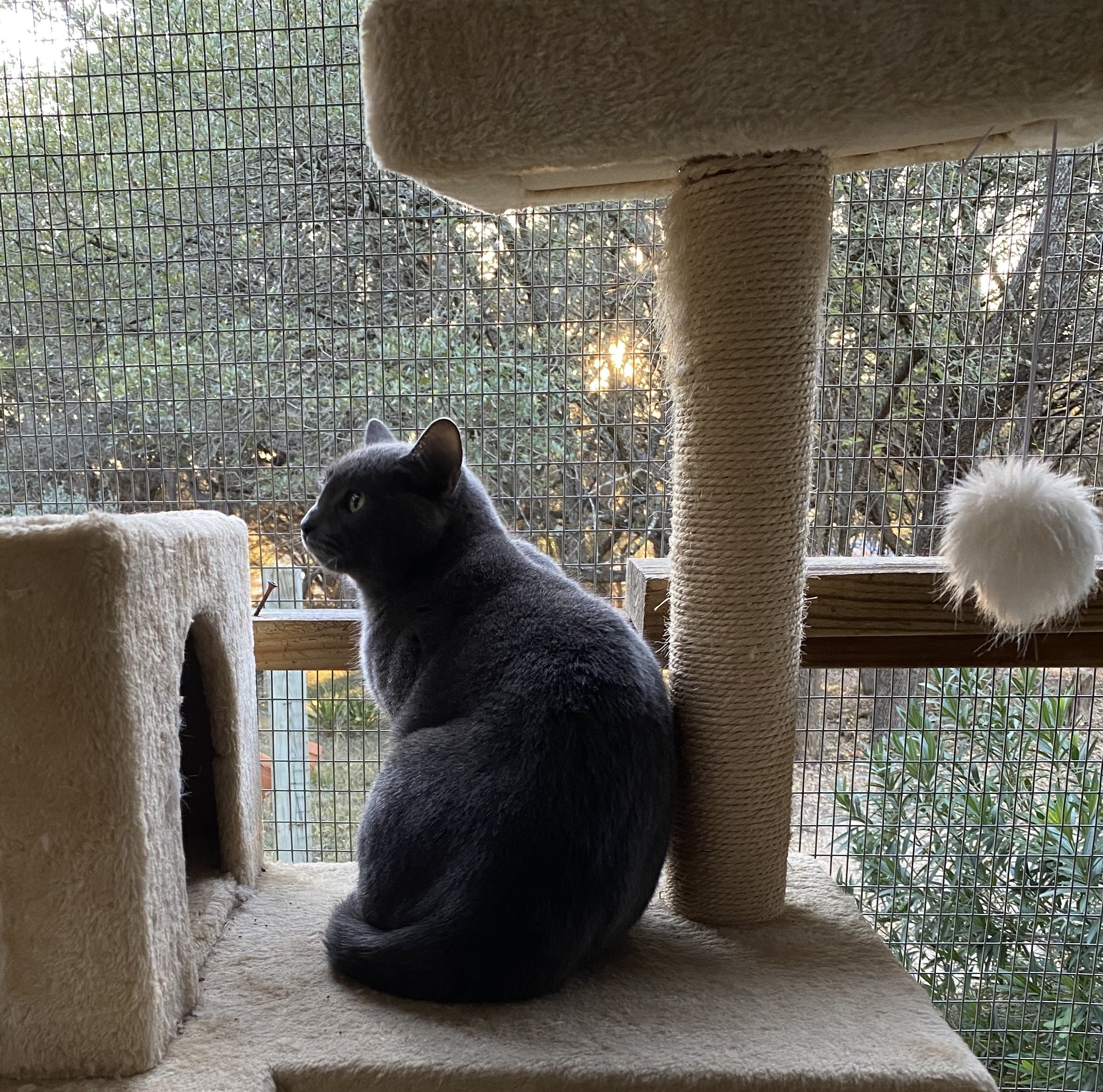 Sometimes it’s quantifiable. Phoenix is a feral kitty who befell some tragedy resulting in a leg amputation by our vet. She has a territory, but we won’t put a three-legged kitty back out unless she’s miserable. She ate and used the litter box here, but we worried for her happiness.

Then Spirit arrived. He was put into the same area as Phoenix. They sleep together and hang out together. But most noticeable is the change in Phoenix toward humans. She comes out of hiding and she will present herself for treats if Spirit is with her. She has even allowed a sneaky pet on occasion.

Even when it’s not obvious, sometimes we just know. I don’t know how we know. We just do. An unbreakable love is something you just know.

Subscribe to our newsletter to read more stories like this and to keep up with Thundering Paws.

Manage Cookie Consent
To provide the best experiences, we use technologies like cookies to store and/or access device information. Consenting to these technologies will allow us to process data such as browsing behavior or unique IDs on this site. Not consenting or withdrawing consent, may adversely affect certain features and functions.
Manage options Manage services Manage vendors Read more about these purposes
View preferences
{title} {title} {title}